Hi,
I’m trying to get Superior Drummer 2 to work with the Quest for Groove layout…but every time I press Mapping > 'Learn" it plays the drum like a machine gun…

It also lights up 'unmatched key"

I’ve tried going to the selected drum on the Construct page and selecting Note on or Aftertouch or Note off…but none of that makes any difference?

Any clues anyone? Thanks!

I’ve never used SD2, only SD3 which does not seem to have the problem you describe. The first thing I would try and do is turn aftertouch off on the pad itself, inside controller editor. Here’s a screenshot. See if that stops the machine gun and if it does, make sure this setting is applied to all pads. 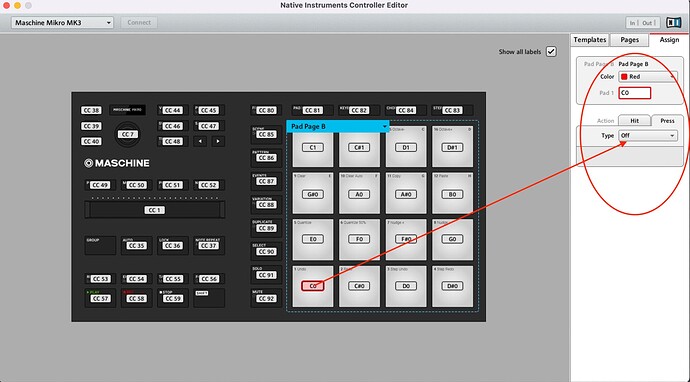 You’ve saved the day again Robert! Thanks so much! That did the trick!
Will having that set to off have any consequences for anything else? ie. Addictive Drums? Melodics?

Otherwise that is brilliant…suddenly have full access to the whole Superior Drummer NY Kit…which actually is quite a nice kit as far as I can tell.

It could have ocnsequences for apps that want you to use aftertouch, which I think is very rare for drums. Aftertouch to me seems to be more handy for longer sounds where you can press to increase the volume and stuff like that.

That said, should you need aftertouch, simply make another pad bank and leave aftertouch enabled on the pads on that bank. You can then easily switch. 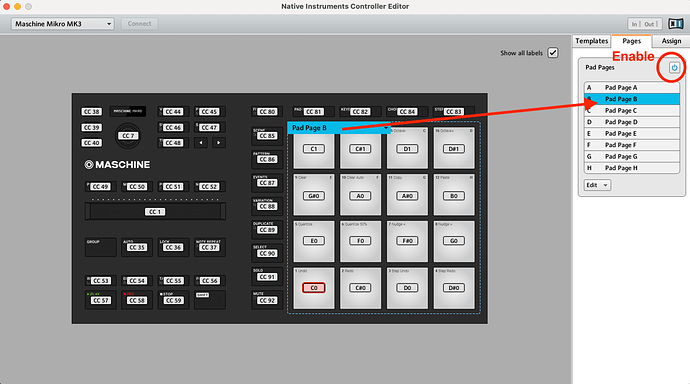 Thanks Robert…sp2 must be capable to solve it itself I think… Because when I change the midi numbers being sent to it, to match for example the kick drum, then it works without the machine gun effect… so shows it is capable

But it’s one of those problems not worth worrying about as your method just bypasses the issue! Thanks!

… And then I tried recording my drums to a simple guitar riff in Reaper… And realised I still have a long way to go without all that backing!!! But it’s starting to ‘click’… Literally… Thanks!!

Yeah, the actual “grooving” is just hard. If I’m having a bad day I honestly can still sound like crap

I’m working on a new course that should give students the building blocks for really developing this over time. That’s gonna be super useful, but the reality of it is that it simply takes time to develop your inner clock and groove and stuff. I’m trying to give folks a framework where they can just put it 5 minutes a day and then go and do something else (like making actual music, and/ or simply quantizing what they played so it can be used in a real production right away).

The hard part is not the amount of time spent practicing, it’s more about getting in those 5 minutes each day over the course of a year. If you manage to keep that up, you’re golden. But that’s hard… it’s the same mechanism where everybody starts exercising on january 2nd and then drops the ball

BUT 5 minutes of rhythm training is in a way a lot easier to do and less exhausting so it should be possible.

I’m gonna record the course in the coming week so it should be released soon!

Thanks Robert…that is great. I’m finding that when I come back to it on a new day things start to click a lot more…my objective is just get to the point where I can drum along to things I record on the keyboard and have it sound good and not have to resort to searching through drum loops which… like you said in a video… never seems to quite match the feel.

Look forward to the new course…thanks for all your work on this! Off to do my five minutes!